Home Technology 6 Fixes for MacBook Problems Every Owner Should Know

How to Make General Fixes to MacBooks?

Most customers usually buy MacBooks for their better interface and lesser chances of problems. However, you may still face some issues with your devices. You can resolve many of such by trying the right troubleshooting methods on your own.

Even if your MacBook device is working perfectly, it is best to know these fixes. You can simply contact Apple support just like you call Spectrum or your respective ISP for resolving your issue. But fixing minor problems on your own can save you precious time that can be utilized in doing something productive.

Here are some easy fixes for common MacBook problems:

One of the most annoying issues you can face with any computer is it suddenly shutting down. The same applies to MacBooks too. You can lose your files and download progress. Plus, it results in a feeling of panic about losing your crucial equipment and becoming unreliable.

To solve this problem, turn on your Mac. Once it turns on, restart your device. When you restart the device, it turns on with a fresh start. Visit SMC (systems management controller) on your device. SMC has control over different hardware processes like sleep mode and charging. Simply, reset the settings to default. This can help your device charge again.

Another thing you can do is to check your charger on some other Mac device to see if the problem is with the charger. If that’s not the case, you will have to take your device to Apple repair.

Blank screens on starting a MacBook are among the most common problems customers have to face. The frozen screens are usually black, blue, or gray with an Apple Logo in the center. These colors mean different things. A black or blue screen on a MacBook means the device froze trying to load software. Press and hold the power button for around 6 seconds. After the device shuts down, turn it on and boot it on Safe Mode.

A blank gray screen with an Apple logo means a glitch in important software that’s not letting your device function normally. Such issues often go away when you update the OS. So, restart your device and prioritize installing updates. After installing updates, check again if the problem has been resolved.

Another problem you could face with a Mac device is a flickering screen. It could flicker, dim or brighten, or give you a choppy resolution. Such problems usually happen because of screen damage. But sometimes, your screen could be perfectly fine but you can still face this issue.

You can fix this problem by resetting the PRAM or NVRAM of your MacBook. The reset process is quite simple as you only have to press and hold Option, Command, P, and R together. You will need to press them for twenty seconds straight. The reset will set your device to default resolution, disk selection, and start-up options. And don’t it won’t delete your data.

If this does not resolve the problem, it could be a hardware problem and should be checked by an expert.

A lot of MacBook Air users complain about really bad camera quality. Their image looks pixelated. But generally, the problem has nothing to do with the hardware of your MacBook. Instead, it is linked to the application. Saving MacOS updates can resolve this issue for you in many cases. Other than that, you can try some applications for video calls while this problem is still there.

Often, computers slow down while you are in the middle of something important. There could be a whole range of problems resulting in such slowing down. You are likely to have such problems if you are using an older model of the device. If that’s not the case, you can speed up the device speed by freeing up the drive and closing background applications. Also, opening a lot of browser apps and multiple applications may have a similar effect. Simply, avoid doing that and your slowed-down device is likely to perform better.

Physical damage or spilled drinks on your MacBook is a nightmare. In case of such damage, it is best to take your device to Apple Support for repair. Do know that such damage and fixes are not covered by warranty. However, you can still minimize liquid damage on your device by taking the power out. Also, take out the battery and let your device dry for 2 to 3 days.

So, these were some easy fixes to problems with MacBook devices. Knowing them can save you from multiple visits to repair shops.

Uses of Glass in Chemistry LabWhat you need to know? 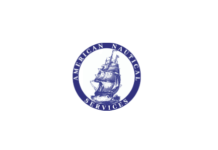 Are Luxury Glass Windows Worth the Investment?

6 Fixes for MacBook Problems Every Owner Should Know